What Happens to ESOP Benefits When a Company Closes or is Sold? 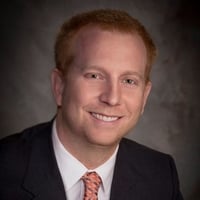 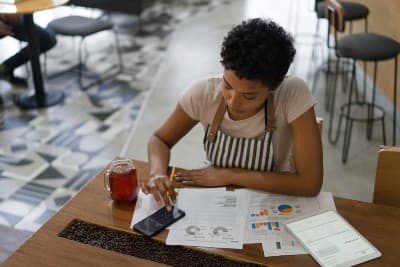 When the owner of the company chooses to sell the business to an employee stock ownership plan (ESOP), the impending transition can provoke a reaction in some employees.

It would seem counterintuitive for employees to react with unease when they learn they’re about to become eligible for a qualified retirement plan that requires no financial contribution from them. And yet, human resources and corporate leadership can find themselves fielding questions including, “What happens to the ESOP if the company is sold?” and “Where does my ESOP go if the company closes down?”

Because business will always involve a degree of uncertainty, it’s important to make sure employees fully understand how an ESOP works, who the ESOP fiduciaries are, and how your plan rules address these possibilities.

After all, ESOPs play an important role in building retirement wealth, especially for working class Americans. And the better your employees understand the way an ESOP can work moving forward, the more effectively you can cultivate an ownership culture and reap the recruiting, retention, and productivity rewards of an ESOP.

Many business owners are among the millions of baby boomers planning to retire over the next decade or so. That fact is already having an impact on the market for small and medium-sized businesses in the U.S. Plenty of business owners find themselves considering offers for their businesses even before they solidify their own retirement plans.

In fact, those over-the-transom offers to purchase can sometimes lead business owners to investigate their exit strategy options, and lead them to the decision to sell to an ESOP instead of a third-party.

But when employees become employee-owners, their interest in the company’s future can (and should) be amplified. So, once a company is sold to an ESOP, what should employee-owners understand about possible future sales? What happens to the ESOP when the company closes? Consider these important factors:

In a nutshell, the fiduciary duty of the ESOP trustee provides an added layer of protection against business decisions that would be detrimental to the value of the ESOP. The Employee Retirement Income Security Act of 1974 (ERISA) includes a duty of the trustee to act prudently and only in the interest of, and with strict loyalty to, ESOP participants.

Learn about developing and documenting your ESOP distribution plan with our FREE ebook.

What Happens to the ESOP in Case of Sale or Merger?

The ESOP plan documents outline rules for vesting and distribution, should the company be sold. Sometimes, a sale triggers a termination of the ESOP — but this is no reason to panic! In many, if not most, cases, plan rules are written to dictate that all participants become fully vested in all their shares at the time of a company sale.

The stock is then purchased from the employees at fair market value. In some cases, the sale and subsequent negotiations can increase stock value, and employees can end up receiving more valuable ESOP distributions than they might have anticipated. Most companies pay out distributions in two installments, one within months of the sale, and the second in the year that follows.

It’s important to note that the company must pay all debts first, and only after creditors have been satisfied can it repurchase stock from the ESOP. In the case of distressed companies or bankruptcies, this would diminish the value of a participant’s shares.

But remember, the ESOP trustee, as fiduciary, plays an active and essential role in overseeing and approving terms of the sale. The flip side of this coin is that the ESOP trustee is held accountable by ERISA and federal regulations. If an ESOP company is mismanaged, it could create questions of fiduciary breach. In fact, ESOP companies have performed better over the last two recessions than non-ESOP companies.

When an ESOP company is the buyer, it’s important to remember that it likely already has a strong culture of employee ownership, it enjoys the cash flow advantages of being an ESOP, and it also has an ESOP trustee overseeing important decisions in the interest of employee-owners.

This fiduciary duty to employee-owners means that participants of the ESOP in the purchased company will be carefully integrated into the purchasing company’s ESOP, so as not to degrade the value of their qualified retirement benefit.

Working with an experienced third-party administrator can make this transition much smoother and easier, not only for company leadership, but also for employees. Informational mailings, FAQ documents, distribution packets, and even temporary call centers can all be implemented to help smooth the transition before, during, and after the company sale.

How Do Distributions Work When an ESOP Company is Sold?

Participants’ shares may be rolled over into the purchasing company’s ESOP, if applicable; their ESOP accounts may be cashed out, with proceeds rolled into a 401(k) plan; or participants may receive a lump sum cash payment for the value of their stock.

When participants are paid fair market value for their stock allocations, they can either pay income tax (plus a 10% excise tax if under age 59-½), or opt for a rollover to a traditional Individual Retirement Account (IRA) or another qualified retirement plan. As with other qualified benefit plans, participants have 60 days to complete the rollover of their retirement savings.

Help Employee-Owners Understand the Value of an ESOP

The fact is, ESOP employee-owners often stand to benefit, in many cases even when the ESOP sponsoring company is bought by another company. In fact, the company sale could even increase the value of their allocations — so a company sale is not necessarily cause for widespread employee anxiety.

Your work nurturing an ownership culture goes a long way toward strengthening employees’ confidence in the face of a possible sale. That means making the effort to clearly communicate plan rules, so that there’s as little uncertainty as possible should a company sale take place.

Ensuring your ESOP has a written distribution policy can help employees know what to expect in any scenario. It’s also an important part of demonstrating your qualified retirement plan’s nondiscriminatory operation. Learn more about documenting details of your distribution policy with our free eBook, ESOP Distribution Policy — Timing, Form and Method. Click the link below to claim your copy today.