What Are the Ongoing Duties You Should Expect for an ESOP Trustee? 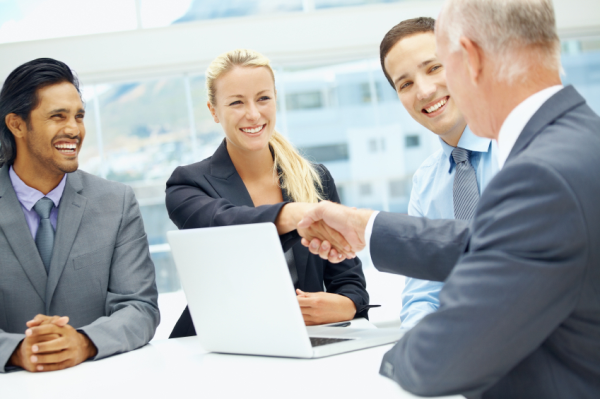 A key step in the process of establishing and structuring an ESOP (employee stock ownership plan) company is identifying, vetting, and selecting a qualified ESOP trustee.

An integral part of the ESOP Corporate Governance process, the ESOP trustee holds an essential role as the legal shareholder of the shares held by the ESOP trust.

This shareholder position is a fiduciary role that involves numerous, critical responsibilities.

So, what are an ESOP trustee’s fiduciary responsibilities? What about other ESOP-related trustee duties?

Here, we’ll walk through the fundamental duties and responsibilities of an ESOP trustee:

It’s hard to overstate the importance of choosing a qualified ESOP trustee, given the need for due diligence in every decision related to ESOP transactions. ESOP trustee responsibilities, when properly executed, ensure regulatory compliance and a healthier ESOP company.

This sets a standard baseline for ethical and prudent behavior — that is, it is neither enough to be either knowledgeable or have the best interests of the ESOP company and shareholders at heart; a trustee must have both qualities.

You can learn more about the fundamental responsibilities of each corporate governance role with our eBook. Download here!

There are two types of trustees — independent and directed. ESOP trustees are often not independent, but rather are subject to the direction of company officers. A directed trustee must not only follow the instructions of those company officers to whom they answer, but they must also demonstrate the exercise of good judgment in following those instructions in a way that is consistent, compliant, and proper in terms of ERISA. The directed trustee has custody of ESOP assets, but does not have authority over decisions about the disposition or management of those assets.

A discretionary trustee, on the other hand, acts independently of company officers and takes on decision-making responsibility as a fiduciary for the ESOP. This discretionary trustee could be a person or an institutional entity; in either case, expertise in ESOPs is important. Companies may choose to hire a discretionary trustee to ensure against conflicts of interest — for example, that the appraiser reports solely to the ESOP trustee, and not to company management or officers.

Because the ESOP trustee is responsible for determining the valuation of company stock each year, the selection of an independent ESOP appraiser is an extremely important decision that the trustee must take very seriously. This means ensuring the ESOP appraiser’s independence, both in fact and appearance, as well as that the appraiser demonstrates the relevant and significant ESOP experience. Ensuring these factors are met in an appraiser is part of a trustee’s due diligence — so the appraiser's decision should be revisited on a regular basis.

One of the most essential fiduciary duties of an ESOP trustee is the establishment of the annual ESOP stock price.

Companies that have a calendar year-end should begin the valuation process by working on their financial statements. The company needs to close its books and work with accountants to document by recording the appropriate journal entries. The accountant may also be responsible for compiling, reviewing, and/or auditing the financial statements, at the same time as they are preparing to work on the company’s tax return. Each of these tasks takes time.

Here, it’s important to keep in mind that an ESOP trustee must act as a prudent person would in a similar situation. In other words, the ESOP trustee can’t just hire someone and blindly rely on their expertise — they have to be actively engaged in the valuation process, because ultimately the trustee is responsible for the work of the experts whom they have selected and hired.

This is essential when establishing the ESOP stock price, as the ESOP trustee should be sure to employ, at a minimum, the following practices:

4. Voting ESOP Shares to Select the Board of Directors

The individual ESOP company’s voting requirements are governed by state law, the ESOP’s articles of incorporation and bylaws, and the plan document. The plan document specifies the voting rules for each individual plan. As the legal shareholder, the ESOP trustee is responsible for voting the ESOP shares in most cases, including selecting the board of directors.

In the case of certain infrequent major corporate issues such as liquidation, sale of all or substantially all the assets, recapitalization, and/or merger, the ESOP trustee is legally required to pass-thru voting to the employees.

5. Managing Assets of the ESOP Trust

The ESOP assets, which primarily consist of the stock of the company, are required to be held in a trust and managed by the ESOP trustee. The ESOP trustee is the individual with authority and discretion over the plan assets. This includes developing an investment policy of both cash and stock investments.

The ESOP Trustee should be familiar with the fiduciary duty to diversify, keeping in mind that, as mentioned above, an ESOP is by definition designed to invest primarily in qualifying employer securities, and that, in general, plaintiffs in court would need to demonstrate with particular requirements that a fiduciary acted imprudently. They should also be aware of the diversification rules that apply to ESOPs.

The process of making a fiduciary decision is just as important as the result of the process. The decision-making process should be clearly defined and executed as planned.

For this reason, it is vital for the ESOP trustee to take and keep thorough notes. Recommended best practices in documentation include maintaining minutes and internal memos. Many ESOP trustees keep a marked-up copy of every appraisal report on file to document their review process.