ESOP Distribution & Taxation: How Does it Work? What Are the Rules? 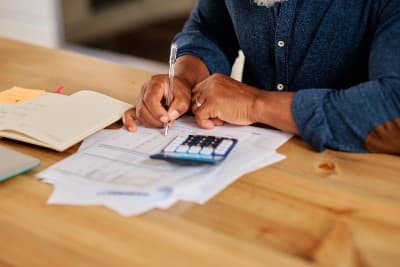 One of an Employee Stock Ownership Plan’s (ESOP) distinctive advantages is its value as a qualified retirement plan. Questions about how ESOP share values are distributed and taxed are important not only to ESOP companies’ leadership teams, but also to employees.

As a defined contribution benefit plan, an ESOP can be an important part of an employee’s retirement savings. For this reason, it’s vital for employees to understand the basics about taxation of ESOP distributions.

An ESOP company’s leadership team should be sure to provide clear, easy-to-understand guidance to help employees make the most of this valuable benefit.

A specific ESOP company’s plan may be more generous than federal minimum requirements; a written ESOP distribution policy helps ensure that distribution practices are executed in a nondiscriminatory manner, and are in compliance with all required regulations.

How Does an ESOP Distribution Payout Usually Work?

ESOP Benefits Are Subject to Vesting

It’s important to note that ESOP distributions are subject to vesting. This means that, for an employee to be entitled to the ESOP benefit, they must meet a minimum threshold of time worked for the ESOP company. Employees who terminate employment before becoming fully vested may forfeit benefits, as articulated in the company’s vesting and distribution policies. Forfeitures are usually reallocated to remaining plan participants.

Cliff vesting describes a vesting schedule in which employees have no vesting until, after a minimum term of service (federal minimum requirement is 3 years, but ESOP company plans can vary), they become 100% vested.

Graded vesting describes a schedule in which employees earn a percentage of vesting for each year of service until they are 100% vested.

How and When Are ESOP Benefits Paid Out?

Plan participant distributions may be made in either a lump sum or substantially equal payments over a period of five years or less, with payments made at least annually — but they can be made at shorter intervals, too. Exceptions to distribution timing requirements can be made for plans with high balances, extending payouts by an additional year for every $230,000 that a balance exceeds $1,165,000 (in 2021; amounts are updated annually by the IRS).

But there are two notable exceptions to these distribution timing requirements:

Special rules apply to stock acquired by the ESOP before 1987; these may allow distributions to take place significantly later than current ESOP plan requirements. It’s also important to keep in mind, these are federal minimum standards for ESOP distributions.

There are also possible options for in-service distributions while participants are still employed. The ESOP’s written distribution plan and policy documents need to articulate any of these exceptions, which may include:

How is an ESOP Taxed When Distributed?

ESOP participant employees do not pay tax on stock allocated to their accounts until they receive distributions. They are taxed on their ESOP distributions (which sometimes is referred to in lay terms as “cashing out” an ESOP).

This additional excise tax can be avoided by rolling over the ESOP account balance into a traditional or Roth Individual Retirement Arrangement (IRA), or into a retirement savings plan like a 401(k) plan with a new employer. The rollover option defers income taxes on the ESOP distribution, and recipients of a payout typically have 60 days to complete the ESOP rollover into an IRA. Funds become subject to the rules of the plan into which they have been rolled over.

A Roth conversion is similar; in this case, the distribution is taxed as ordinary income (i.e., not subject to the 10% excise tax), and is rolled over into a Roth IRA, where the funds can grow, tax-deferred.

If an ESOP pays dividends directly to participants, those dividends are not subject to the excise tax of early distributions. They are also exempt from income tax withholding — but dividend payments are fully taxable.

In the case when an ESOP distributes actual shares of company stock, rather than paying out the value of the shares in cash, the employee pays income tax at ordinary tax rates on the value of company contributions to the plan, plus capital gains tax on appreciation in share value when they choose to sell their shares.

Whenever participants receive ESOP distributions of $10 or more, the ESOP trustee or third-party administrator (TPA) is required to prepare and submit Forms 1099-R and 945 for ESOP taxation reporting.

Understanding the way an ESOP account translates into retirement savings benefits can be complicated for many employees; ESOP companies should communicate policies and plans clearly to help ensure that all employees realize the best possible benefit.

A carefully articulated, written ESOP distribution policy is a best practice that helps ESOP companies meet regulatory requirements while helping company leadership and plan participants know what to expect at every step. Policies should cover timing, form, and method of ESOP distributions. Learn more about developing and documenting your ESOP distribution plan with our free eBook, ESOP Distribution Policy — Timing, Form and Method. Just click the link to request your copy.