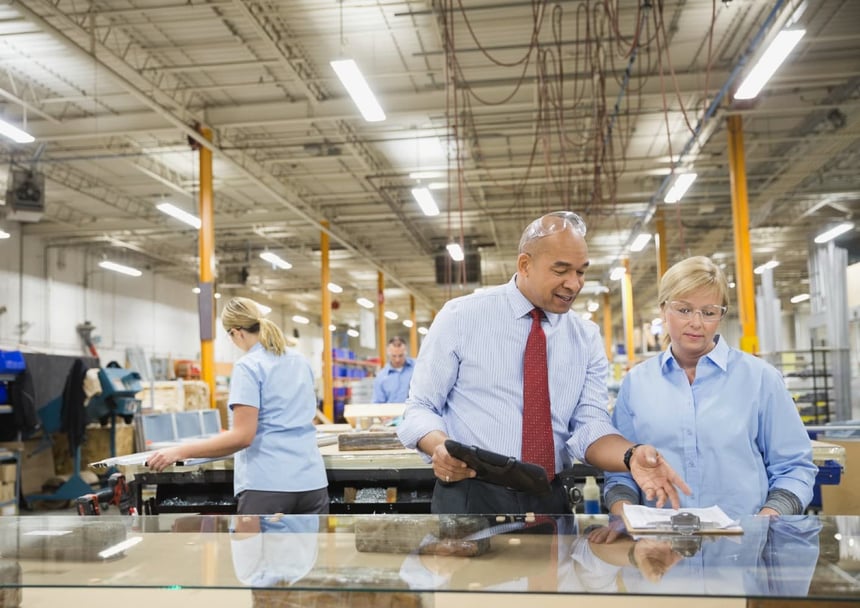 In the context of a retirement plan, vesting refers to an employee’s earned ownership of the benefit over time.

Generally, an employee stock ownership plan’s vesting schedule describes how much time an employee has to work before he or she is entitled to the full benefit.

The vesting schedule can also describe what percentage of the full benefit employees may become entitled to, without forfeiture, as they accrue time on the job.

In the case of an ESOP, the vested benefit is the employee’s entitlement to the value of his or her ESOP account. The account may include company shares and/or cash. Depending on the vesting schedule of the plan, a departing employee may be entitled to none, a percentage, or the full value of the account, based on the period of time employed and/or the number of hours worked.

ESOP distributions are typically paid at separation from employment (due to retirement, termination, resignation, disability, or death) or when an employee meets diversification requirements, so it’s important for employees to know what to expect from their ESOP.

How Does ESOP Vesting Work?

Because an ESOP is a qualified defined contribution plan, it’s required to follow certain vesting rules laid out in IRC Section 411(a)(2)(b). These rules set out the following minimum vesting requirements for plans. Before 2007, minimum vesting requirements prescribed, at most, a 5-year cliff vesting period or a 7-year graded schedule. But the Pension Protection Act of 2006 (PPA 2006) shortened vesting schedules.

In an ESOP, cliff vesting refers to a participant going from 0% to 100% vested at a prescribed point of accrued service time. IRC rules require that a cliff vesting schedule, if selected, be at least as beneficial as a three-year cliff.

In that case, the employee has zero percent entitlement to his or her ESOP account until completing three years of employment. At that point, the employee becomes 100% vested, or entitled to the full ESOP account value upon leaving the company, subject to the plan’s distribution policy (in terms of timing, form, and method).

Graded vesting describes a process of gaining incremental ownership of the ESOP account over time. As with cliff vesting, the IRC describes the minimally beneficial graded schedule allowed. To comply with IRC requirements, a graded vesting schedule needs to meet at least these minimums:

In the case of graded vesting, the participant’s vested account balance equals the value of their ESOP account multiplied by the percentage of their vesting status.

These two example vesting schedules describe only the minimum level of benefit an ESOP is required to provide — so your ESOP may or may not allow participants to achieve 100% vesting in less time than described above.

While the math itself is fairly simple, there could be other specific provisions to look out for that may apply to your plan. It’s always important to read all plan-related documents with care, and direct questions to a plan administrator.

The passage of PPA 2006 allowed ESOPs to continue applying their pre-PPA vesting schedules if the ESOP had an outstanding loan balance as of September 26, 2005, and the loan was used for the purpose of acquiring qualified employer securities. ESOPs using the older vesting schedules are required to begin applying the newer, accelerated schedules for the plan year following the earlier of these two conditions:

This can arise as a significant detail for employees of plans with an unpaid loan balance, so it’s equally important for the company to communicate its ESOP vesting schedule — and for employees to read and ask questions about plan policies and documents.

What Happens When an Employee Quits Before Becoming Fully Vested?

If an employee terminates employment for reasons other than retirement, disability, or death, their ESOP vested balance is calculated according to the ESOP’s vesting schedule. The portion of the ESOP account balance that is not vested is called a forfeiture, which is typically reallocated among the accounts of the remaining employed participants, following the same basis as the employer’s contributions.

What is a Year of Service for ESOP Vesting Purposes?

Another approach, though less commonly used, is elapsed time. In this case, the plan administrator tracks days worked by an employee to compute years of vested service. This can become complex and cumbersome for organizations that have rehires among their workforce.

Some ESOPs Give Vesting Credit for Prior Service

Sometimes, an ESOP may give credit for years of work prior to plan implementation for employees who have already been with the company. This can result in those employees being fully vested as soon as the plan is implemented, or to vest quickly — effectively giving those employees a jumpstart on their vested account balance.

It’s important for ESOP participants to understand plan rules, and not assume you’ll have immediate access to funds in your ESOP account just because you may have become fully vested. Just as ESOPs have vesting rules, they also have rules about distributions, whether for diversification or after separation from employment.

In fact, even a fully vested employee may have to wait a significant amount of time before receiving an ESOP distribution. Generally, distributions are made either as a lump sum or a series of up to six “substantially equal” annual payments, which can be up to another 5 years  for very large account balances, according to IRS regulations.

Due to various timing requirements and depending on the value of the participant account, it can take anywhere from months to more than a decade for an ESOP distribution to be completed and paid out in full.

Keep in mind that at its core, an ESOP account is intended to be a retirement benefit. Distributions that are not rolled over into another qualified retirement plan are typically taxed as ordinary income, and early distributions are subject to an additional excise tax.

If you need help understanding how an ESOP works, we made it easy to learn more. Just click the link below to watch the video. 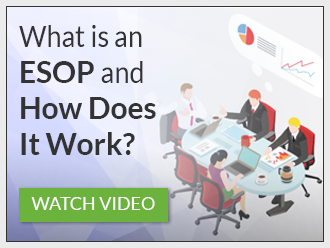