What Employers & Administrators Need to Know About ESOP Distribution Timing 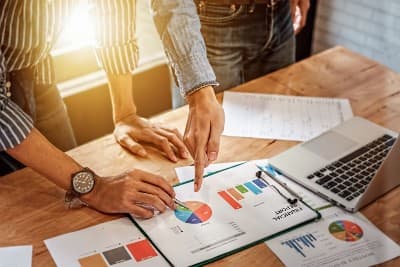 Clear and comprehensive plans for the timing of ESOP distributions are essential to effective ESOP management. A written distribution policy complements the ESOP plan documents, and helps ensure that all participants understand your plan’s current distribution process.

While there are clear ESOP distribution rules that govern the timing of distributions for terminated employees with vested ESOP account balances, there are also exceptions, which allow some flexibility. At the same time, these exceptions could cause confusion if distribution plans are updated without clearly communicating changes to participants.

Many ESOP employers have questions about requirements for the timing of distributions, especially for vested employees who are not retiring, disabled, or deceased. Here’s what you need to know about the requirements for ESOP distribution timing, and how to ensure your plan for distributions is not only in compliance with IRC regulations, but is also clear and easy to understand for plan participants.

ESOPs have their own special set of rules regarding the timing of distributions to terminated participants with vested account balances. According to IRC Section 409(o)(1)(A), “the distribution of the participant’s account balance in the plan will commence not later than 1 year after the close of the plan year—

(i) in which the participant separates from service by reason of the attainment of normal retirement age under the plan, disability, or death, or

Confusing? Here’s an example: John Doe terminates employment on November 15, 2020 for a reason other than normal retirement, disability, or death. If the ESOP’s plan year runs on a calendar year, John needs to begin receiving a distribution of his vested account balance no later than December 31, 2026. 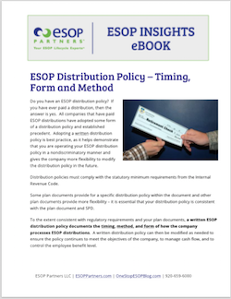 Now it sounds simple, right? Well for better or worse, there are a number of exceptions to the timing rules above that an ESOP administrator needs to understand and monitor.

IRC Section 409(o)(1)(B) allows an ESOP to implement a special delay of distributions related to the stock balances in a terminated participant’s account that were purchased with an exempt loan. A distribution of those shares does not need to occur until the close of the plan year in which such loan is repaid in full.

ESOPs must comply with the Required Minimum Distribution rules of IRC Section 401(a)(9). These rules set the final deadline by which ESOP distributions must begin, and generally, these rules are to ensure that participants actually use ESOP benefits for retirement.

ESOPs must comply with the distribution commencement rules of IRC Section 401(a)(14). These rules apply to the commencement of benefits of all qualified retirement plans and cover conditions including:

As stated in IRC Section 401(a)(9)(B)(ii),  in some cases the entire interest of the deceased participant must be distributed to the beneficiary within 5 years after the death of the participant. This requirement supersedes the Financed Securities Exception, which is another reason to not use the loan delay option for distributions to deceased participants.

ALSO READ: What Happens to ESOP Benefits When a Company Closes or is Sold?  and How Does an ESOP Distribution Work After the Death of a Participant?

A Complete Written Plan is an ESOP Best Practice

Whether or not you already have an ESOP distribution policy in place, it’s important to carefully document the timing, form, and method to demonstrate that you operate your ESOP in a nondiscriminatory way. Our eBook, ESOP Distribution Policy: Timing, Form, and Method, can help you get started following this important best practice. Just click the link below to get started.