Deductible Dividends Paid to an ESOP 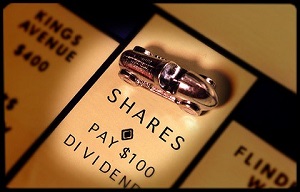 In my prior blog post, I discussed the maximum contribution deductions limits for an ESOP.  ESOPs also have additional tax saving opportunities by providing deductions for dividends paid to an ESOP.

In order for a dividend to be deductible under IRC §404(k), the following requirements must be met:

In addition, the dividend must be paid in any of the following four ways:

A requirement for deducting dividends paid on allocated shares using option #4 above is the participant must receive employer securities with a fair market value of not less than the amount of the dividend that would have been allocated to the participant in cash.  For example, if a participant was allocated $275 in dividends in the ESOP and the dividends were used to make loan payments, the Plan Administrator needs to make sure the shares released from the suspense account have a current value of at least $275.  (Under IRC §4975(f)(7), this requirement also applies to S Corporation distributions used to make loan payments, even though the distributions are not deductible to the corporation.)

Q&A-4 of Notice 2002-2 states when the corporation can take the deduction for options #1-3 above:

In the case of a dividend deduction under option #4, the deduction is taken in the taxable year of the corporation in which such dividend is used to repay the loan.

Dividends Must be Reasonable

Q&A-11 of Notice 2002-2 addresses when a dividend is excessive and constitutes an avoidance or evasion of taxation: