Implementing an ESOP is an Act of Generosity 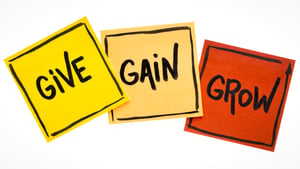 I have spent a lot of time talking about the top benefits of implementing an ESOP for a company, the business owner(s), management and key employees, all employees, and the local community.  These benefits include the tax and cash flow benefits and the many competitive benefits of building an ESOP ownership culture.

ESOP stands for Employee Stock Ownership Plan.  An ESOP is a Qualified Retirement Plan that can be used as a Business Transition Tool and as an Employee Ownership Vehicle

I had the privilege of working with Randy Brewer in 2017 to transition the ownership of the company he founded, Brewer Direct, to his employees through an ESOP.  Through this transition, employees became employee owners at no cost to them.  Randy’s gift changed the lives of the employees of Brewer Direct by creating wealth and sustainable employment through employee ownership.  Randy’s generosity also provides the employees an opportunity to follow his lead and practice generosity in their own lives.

Randy makes a compelling case for the need to be generous in life, but most importantly, how to put the act of real generosity into practice, in his book Releasing Generosity.  While Randy could have pursued selling his company for more to an outside third party, he generously rewarded his employees with the gift of employee ownership, and now will continue the legacy of his company in the community. As Randy noted in his book, he “gave one gift and now it’s multiplying.  It released potential.” 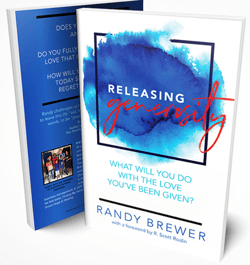