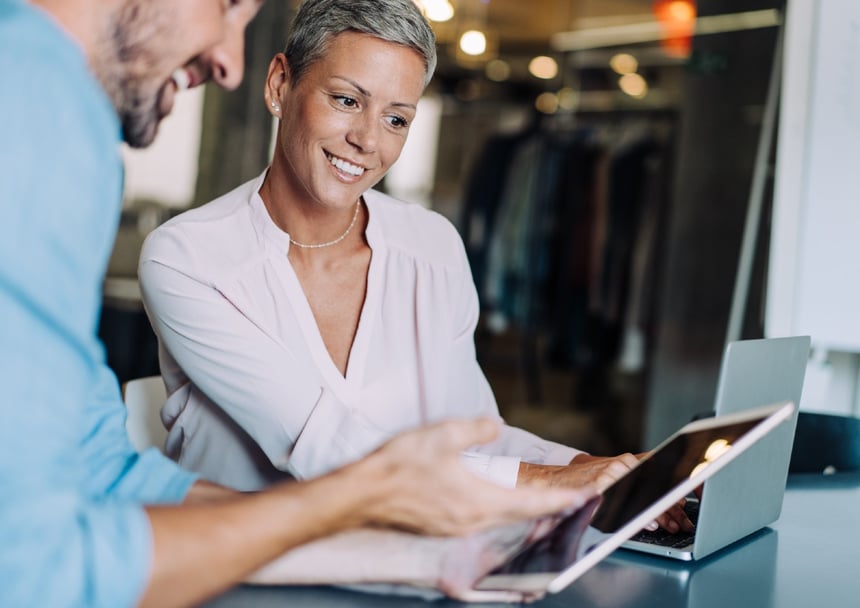 You know the saying, “If it sounds too good to be true, it probably is.”

Sometimes when a business owner first learns about the option of selling to an employee stock ownership plan (ESOP), it’s tempting to doubt whether an ESOP really can achieve multiple goals without sacrificing something. After all, wages, benefits, and the money for the purchase all have to come from somewhere.

And yet, ESOPs all over the U.S. really are offering a distinctive retirement benefit and competitive wages in their industries — after paying fair market value to the selling business owner.

Yes, really. Median ESOP wages are higher than non-employee owned competitors’ compensation, and an ESOP retirement plan can be especially attractive in today’s highly competitive labor market. Together, these ESOP benefits help lay a foundation for building a strong, successful future — even after the selling stakeholder gets their liquidity from the sale.

In this article, we’ll examine the specifics of fair market value in an ESOP sale, along with the advantages that support a valuable employee retirement benefit and competitive compensation for employees.

It’s a tough labor market out there, and right now nearly every employer is looking for an edge to recruit great candidates and retain their best employees. But if you’re a business owner considering whether, when, and to whom to sell your company, you also want to know how you can negotiate a competitive price for your business after investing a career (or generations) into a now successful enterprise.

That’s why it’s important to understand the meaning behind fair market value — and how working closely with an experienced team of ESOP experts can help you make the most of it. Unlike a private third-party sale with an offer for a synergistic premium, the price an ESOP can pay for your company is limited to fair market value based on the appraisal of an independent valuation professional.

Does that mean the seller walks away with less than they would if selling to a competitor or other third party? Not necessarily — and here are a few reasons why fair market value can actually turn out to be a seller’s best option:

It’s a really tough market for quality candidates. According to the Bureau of Labor Statistics, U.S. unemployment is just 3.7%. As of November 2022, the U.S. had 5.6 million job seekers and 10.3 million openings. If you’re hiring, you already know how tough it can be to distinguish yourself among employers. And that points to another ESOP benefit that’s worth a closer look.

The past few years saw new trends emerging in workplace benefits like wellness programs, remote work and flexible hours, financial education benefits, etc. And while they can all go a long way toward enhancing and improving the employee experience, they simply don’t match the perceived value of employer-funded retirement benefits.

In fact, a 2022 ESOP Partners benefits survey determined that the vast majority of respondents (78.6%) value a 100% employer-funded retirement plan over other trendy perks like wellness initiatives and financial education programs. A Society for Human Resource Management survey found similar results, with retirement savings benefits ranked as among the most important benefits an employer can offer.

ESOP Partners survey participants also said they planned to stick with their current employer for at least the next 5 years — suggesting that good compensation and benefits really can help companies stabilize rosters and prevent the high costs of employee churn that chip away at both a company’s culture and its profits.

Employee longevity can go a long way toward strengthening a cohesive company culture and building a positive work climate. And when workers aren’t worried about how they’ll afford a financially secure retirement, they can be more present and engaged in their work tasks and relationships — which, in turn, can help improve company performance. And because an ESOP retirement plan is 100% company-paid, it creates an even more meaningful benefit for lower-wage workers who might otherwise not make their own retirement plan contributions.

A 2021 review of 2010–2018 U.S. federal records by the Institute for the Study of Employee Ownership and Profit Sharing at Rutgers University found that ESOP employees receive higher industry average base pay than employees of companies with other direct contribution plans. It also found that the dollar value of plan contributions plus growth was higher for ESOP employees than participants of other DC plans.

How Can ESOPs Deliver These 3 Big Advantages?

So what’s the secret? How can ESOPs outperform non-ESOP companies for employee compensation and retirement wealth — even while delivering a good price to the selling business owner?

It turns out, there’s not just one single, secret formula to ESOP success. Instead, ESOPs can take advantage of multiple factors that converge to create:

Perhaps the two greatest factors are an ESOP’s unique tax advantages and the distinctive workplace intangibles that support productivity and profitability within an ESOP’s ownership culture. Shared authority and accountability can mean higher levels of employee engagement, greater vigilance around efficiency and waste, and increased measures of positive employee behaviors such as mentoring, voluntarily stepping up to help one another, and finding new ways to create business value.

And over the long term, an ESOP’s tax advantages can create a cash flow benefit to the company that can put the company in a strong position for growth. For the business owner looking for a flexible exit strategy that can help meet multiple needs, an ESOP deserves a second look. And we made it easier to explore whether an ESOP might be right for your closely held business. Just click the link below to take our quiz and find out more.