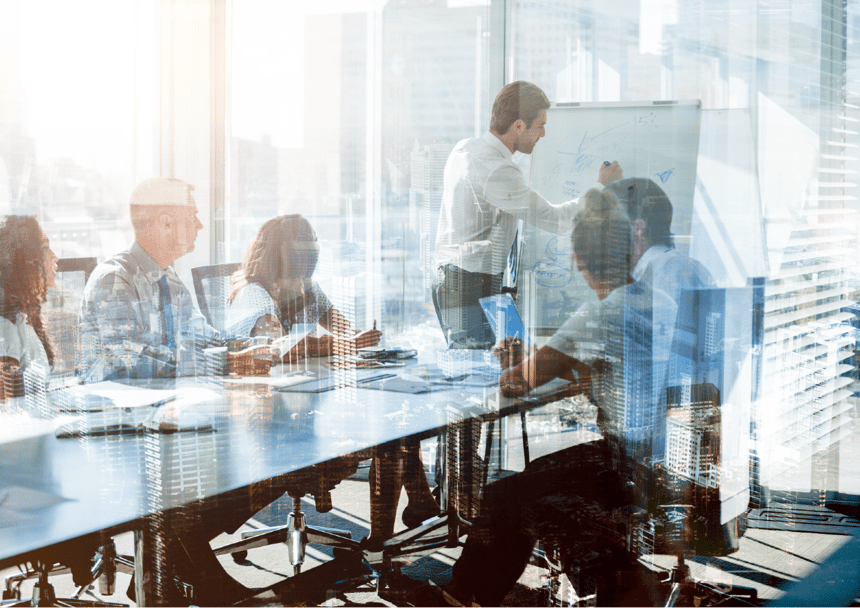 But does that translate into better performance in other key metrics, such as sales growth, employment growth, and growth in sales per employee?

How does employee ownership work to support a successful business? Ultimately, it’s fair to suggest that, especially for values-driven businesses, success can be measured in many ways—though it’s hard to argue with profitability, strong employment, and growth.

In this article, we’ll examine what’s been studied to explore whether the qualified retirement benefit of an ESOP is typically matched by corporate growth benefits, and whether other employee ownership models are known to offer similar performance results.

ESOPs and Co-ops: Apples and Oranges

It’s important to note that worker co-ops and ESOPs are very different ownership models. Worker cooperatives are directly owned and generally based on the seven cooperative principles, while an ESOP is a qualified retirement plan whose participants are beneficial owners who receive company equity as a retirement benefit. This isn’t the only major difference between the two employee ownership models.

The average size of a worker co-op in the U.S. is 9 members, while the median number of participants in a U.S. ESOP is 600. In fact, some businesses choose to transition to worker cooperatives if they’re interested in employee ownership but too small for an ESOP to make financial sense.

The pandemic’s eruption in 2020 had an impact on every sector of the economy. Fifty-six percent of U.S. businesses saw demand fall, and 19% experienced government-mandated closures. Supply chains stumbled and worker availability plummeted.

A study by Rutgers University and the Employee Ownership Foundation reported that majority-ESOP owned companies retained four jobs for every one position retained by non-employee owned companies. They also performed better at taking steps to protect the health and safety of workers on the job.

Growth Among ESOPs and Worker Co-ops

A 2014 study by The Democracy Collaborative cited the top three worker co-op sectors as service (35%), retail (23%), and manufacturing (11%). It also noted that 31% of worker cooperatives had been operating for more than 20 years, demonstrating resiliency through the Great Recession and other economic challenges.

Worker co-ops’ strengths include the values-driven, committed practitioners who typically drive the start-up or transition, strong representation of diverse groups among members, and demonstrated resourcefulness.

Many studies suggest that ESOPs support superior performance as measured by differences in sales and employment. A mid-1990s study showed companies reporting clear increases after transitioning to an ESOP:

But what about more recently?

While there were 6,941 ESOPs in 2011, that number fell to 6,482 in 2019, yet the number of ESOP participants is about half a million higher. One researcher noted that when ESOPs acquire companies, cultural integration and employee retention is more highly valued. Of 20 ESOP executives she interviewed, 17 retained all employees of the target company. The remaining three retained 90% of those employees.

The National Center for Employee Ownership cites numerous studies that show productivity and performance increases after the adoption of an ESOP, including increases beyond what would have been expected based on pre-ESOP performance. NCEO calls out a study showing that the highest-performing ESOPs are those that are managed most participatively.

But how do the numbers hold up in light of more recent economic challenges? A 2017 report suggested that ESOPs were 75% less likely to go out of business—and were less likely to cut jobs in a recession. The same held true during the pandemic, as majority-ESOP companies maintained hours, headcounts, and salaries at higher rates than other businesses.

Does Past Performance Predict Future Success?

While there is no guarantee that a company will continue to grow and thrive, and businesses are facing new levels of uncertainty, there are a few key factors to consider when it comes to the strength and resilience of employee-owned enterprises. ESOPs in particular not only pay higher median wages than other companies, but they also are more likely to offer a 401(k) plan than non-ESOP companies are — and that’s in addition to the ESOP retirement benefit.

ESOPs are also more likely to offer other employee benefits like parental leave, flexible work schedules, childcare benefits, and tuition reimbursement. In the face of labor shortages and struggles to recruit and retain workers, employee well-being is getting its time in the spotlight. Companies that offer higher wages and better benefits in an open, communicative work environment that encourages employees to embrace an ownership mentality may be ideally positioned to continue to thrive as they navigate what lies ahead.

Learn more about the potential changes your company may experience after selling to an ESOP when you download our free guide, What to Expect After Your ESOP Launch. Click below to get your copy today.