How ESOPs Can Make the Best of Audit CAP Negotiations 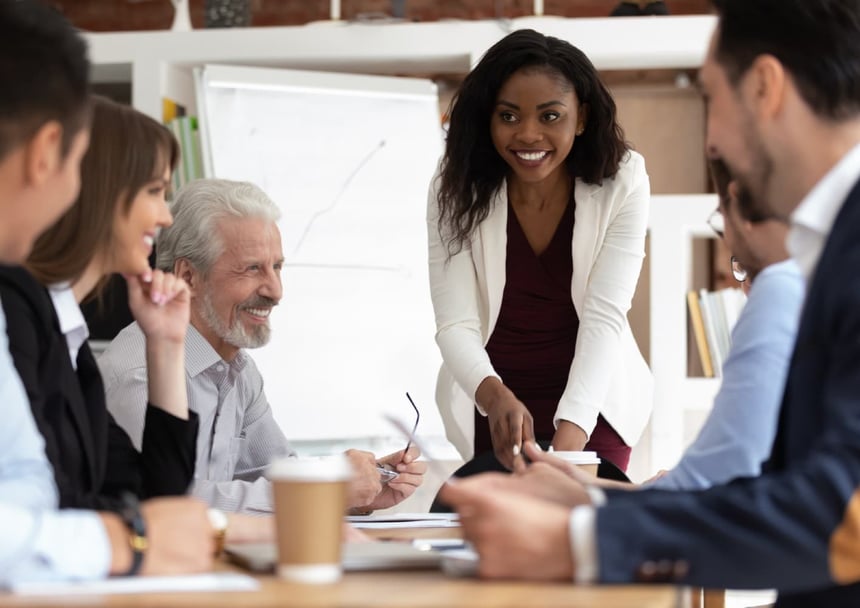 Generally speaking, the choice to become a company owned by an employee stock ownership plan (ESOP) is values-driven.

That is to say, leadership makes the decision because they feel it’s the right thing to do. So they commit to creating, documenting, and following an ESOP design that operates in full compliance with the Employee Retirement Income Security Act of 1974 (ERISA), and they do the work to demonstrate compliance with Department of Labor and Internal Revenue Service (IRS) rules.

In fact, the IRS implements the Employee Plans Compliance Resolution System (EPCRS) to allow plan sponsors and administrators to self-audit and avoid plan disqualification by identifying, reporting, and correcting insignificant errors on their own through the Self-Correction Program (SCP). For more serious errors, sponsors or third-party administrators (TPAs) would work with the IRS to make corrections and pay fees using the Voluntary Correction Program (VCP).

The Audit Closing Agreement Program (CAP) is established for correcting plan errors the IRS finds in an audit, to preserve the ESOP’s tax-qualified status and prevent plan termination. Internal Revenue Bulletin 2021-31 details types of plan failures that would qualify for the three levels of EPCRS, acceptable procedures for plan corrections, and appropriate sanctions for plan failures.

So, if your ESOP finds itself audited, and the IRS discovers an error (or several), what can you expect to pay in sanctions? What do Audit CAP negotiations look like, and how can you reduce the cost of sanctions?

Self-Audits May Lessen the Likelihood of IRS Audit Errors

The most effective way to lower sanction costs is to avoid them entirely—and that means performing your own periodic audits so that your ESOP can take full advantage of the SCP and VCP within EPCRS. The earlier you can discover and correct an error, the less likely the error will become costly and/or complicated to correct.

Some errors commonly found by auditors include:

It’s important to understand the ESOP’s responsibilities, and what types of services your TPA is required to provide under your service plan agreement. And by all means, when you discover a plan error, get help to ensure you understand the full scope of the error, so you can proceed appropriately within EPCRS to address it and move forward—without facing the question of having to negotiate Audit CAP sanctions.

Negotiating an Audit Closing Agreement with the IRS

Under EPCRS Audit CAP rules, the plan sponsor that doesn’t come forward after finding plan failures on its own, but whose plan is discovered to have one or more disqualifying failures (either in an IRS audit or in the process of applying for a determination letter), agrees to:

While no one wants to find themselves in this position, it’s important to understand that the IRS put the Audit CAP in place to create an opportunity for sponsors to preserve their qualified plan and the tax advantages it delivers.

According to the IRS, the sanction paid “should be greater than the user fee paid” had the error been corrected under the VCP. At the same time, the sanction is not meant to be “excessive,” and should “bear a reasonable relationship to the nature, extent, and severity of the failures.”

This underscores not only the importance but also the potential cost savings of performing periodic audits to identify errors and failures on your own.

If your plan can demonstrate that a plan failure is a result of simple human error, it’s probably wise to do so — and to show the internal controls put in place to prevent similar errors from happening again in the future.

How is the Maximum Payment Amount Determined?

Negotiations begin at 100% of the Maximum Payment Amount. How much is that? Revenue Procedure 2021-30 states:

(a) tax on the trust (Form 1041, U.S. Income Tax Return for Estates and Trusts) (and any interest or penalties applicable to the trust return);

(b) additional income tax resulting from the loss of employer deductions for plan contributions (and any interest or penalties applicable to the Plan Sponsor’s return);

(c) additional income tax resulting from income inclusion for participants in the plan (Form 1040, U.S. Individual Income Tax Return), including the tax on plan distributions that have been rolled over to other qualified trusts (as defined in § 402(c)(8)(A)) or eligible retirement plans (as defined in § 402(c)(8)(B)) and any interest or penalties applicable to the participants’ returns;

(d) in the case of any participant loan that did not comply with the requirements of § 72(p)(2), the tax the IRS could collect as a result of the loan not being excluded from gross income under § 72(p)(2); and

(e) any other tax that results from a Qualification Failure that would apply but for correction under this revenue procedure.

What Can Impact Negotiations of the Final Payment Amount?

Sanction amounts are determined based on multiple factors:

It also matters whether the plan is the subject of a Favorable Letter, or whether the failure(s) were discovered during the determination letter process. Whatever final sanction amount is negotiated, it will be higher than the fee that would have been paid for the same failure(s) under VCP.

As of January 2022, sanctions are to be paid using the U.S government’s pay.gov website, unless the plan sponsor doesn’t have the capability to use the website to pay. (In that case, a certified or cashier’s check is accepted.) Generally, payment is required at the time the closing agreement is signed.

The closing agreement constitutes a binding agreement between the plan sponsor and the IRS, with respect to the tax matters identified in the agreement for the periods specified. If the IRS determines that the plan’s administrative procedures are inadequate for compliant operation, the IRS can make it a condition of closing that specific procedures be implemented.

Should there be a failure between the IRS and the plan sponsor to reach an agreement about how the failure should be corrected and/or the sanction amount, the IRS will proceed with disqualifying the plan.

When it comes to maintaining compliance to uphold a qualified retirement plan, it’s hard to overstate the importance of paying close attention to administrative details, deadlines, filings, and more. Our free ESOP Administrative Timeline can help your team determine responsibilities for different tasks, and keep an eye on calendar deadlines. Click the link to download your copy and get started today.