Posted by Melanie Matulonis on Wed, Jun 19, 2019
Find me on:
LinkedIn Twitter

ESOP Partners is proud to share that Jason Wellman, Sr. Relationship Consultant, was the recipient of the 2019 "Membership Recruitment" award for the ESOP professionals community from The ESOP Association. This was announced at the 28th annual awards ceremony in Washington, D.C. on May 22, 2019.

Jason is a contributing author for the ESOP Association’s ESOP Report on Ownership Advantage topics to improve ESOP culture and communications for the Association’s members. In his role at ESOP Partners, he works with ESOP companies to develop a comprehensive Ownership Culture Strategy, to maximize the impact of their ESOP benefit through continued communication and education to employee owners. 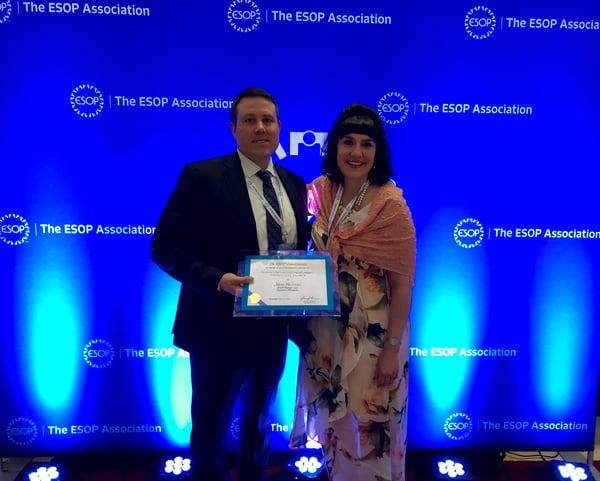 Pictured above with Jason is Melanie Matulonis, Marketing Team Leader.

Melanie Matulonis is the Marketing Team Leader with ESOP Partners. She is responsible for supporting the company’s strategic goals and mission of "changing lives through employee ownership" through the development and execution of internal and external marketing communications programs and campaigns.