Do You Know Your Tax Deduction Limit? IRC Section 404 and ESOPs 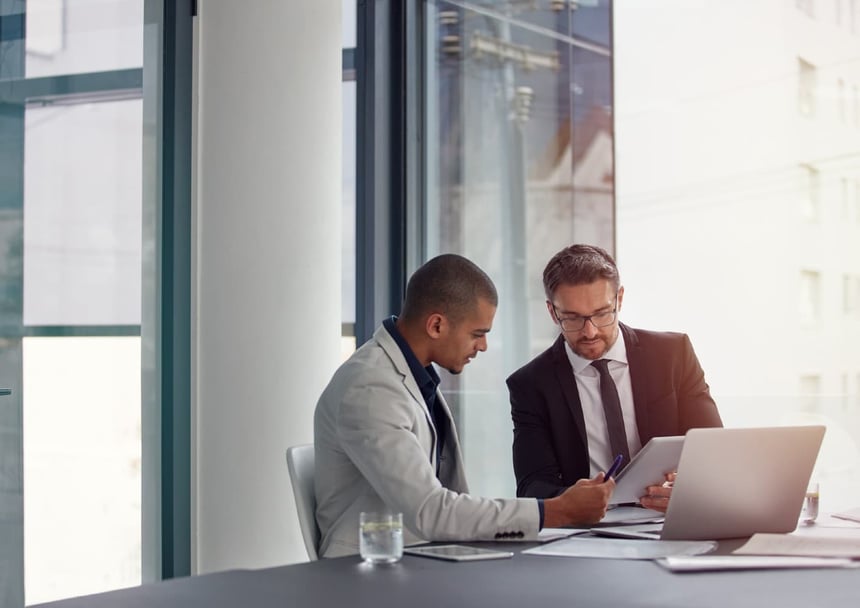 Among the benefits of an employee stock ownership plan (ESOP) are its tax advantages — for the selling shareholders, for the employees, and for the ESOP-owned company after the sale.

For the purposes of this article, we’ll focus on rules governing the tax benefit of an ESOP to the company. These rules are defined by Internal Revenue Code (IRC) Section 404, Deduction for contributions of an employer to an employees’ trust or annuity plan under a deferred-payment plan.

At first glance, IRC rules on deductibility of direct contribution (DC) qualified plans seem straightforward. But in practice, things can become more complicated. Let’s take a closer look at why and how, and the importance of working with a collaborative third-party administrator (TPA) to help ensure consistent regulatory compliance.

Begin with the Basics: The IRC §404 Combined Deduction Limit

First, it’s important to understand that an ESOP is a qualified defined contribution retirement plan — as are 401(k) plans and other similar benefit plans. The amount of employer contributions to DC plans that can be deducted each year, according to IRC Section 404(a)(3), is 25% of the compensation of the plan participants.

But it’s important to note that the 25% is also an aggregate amount, covering deductibility of employer contributions that include:

It’s important to note that this means the total annual deductible amount for these combined contributions is limited to 25% of the employer’s compensation.

The ESOP Association reports that the overwhelming majority (93.6%) of ESOP companies offer their employees both a 401(k) plan and an ESOP. That’s a higher proportion than non-ESOP companies, and that direct contribution benefit is in addition to the ESOP benefit. While this is typically great news for employees, it points to the need to work closely with TPAs for both the ESOP and the 401(k).

Here’s why: Aggregating compensation and contributions can get complicated quickly because of differences in eligibility requirements for the different qualified plans. For example, many 401(k) plans have a lower eligibility requirement for employees to become participants — perhaps six months, compared to up to a year of service for some ESOPs.

Add in a profit-sharing program, and those generous employers soon face a complex compensation calculation for tax deduction purposes.

Another important detail goes back to the fifth bullet in the list above. Note that a C corporation’s 25% deduction limit applies to contributions not paid in service to an ESOP loan. While 100% ESOP-owned S corporations are exempt from federal income tax (and in most cases, state corporate income tax), ESOP-owned C corps, on the other hand, derive significant tax advantages from deductions. IRC Section 404(a)(9)(A) allows a deduction for the C corporation to apply for principal repayment “of a loan incurred for the purpose of acquiring qualifying employer securities…”

Is Bundling Your TPA Services the Solution to Complex Requirements?

Considering the complexity of eligibility requirements, compensation calculations, and federal tax regulations, it may be tempting to think you ought to contract a bundled TPA provider, so you can just “set it and forget it.” But that may not be the wisest choice.

Before you jump into a relationship with a TPA service provider that wants to bundle administration of both your ESOP and your 401(k) plan, you’ll want to get answers to a few important questions.

First, you may have just one vendor, but how many points of contact will you have? Most often, even though your services are bundled, your points of contact are different for your different DC plans. In fact, they’re often in completely different geographical locations—and they may rarely, if ever, communicate.

Second, when services are offered as a bundle, how are differences in required expertise and attention accounted for? ESOP companies may find that the ESOP side needs greater specialization, or they may discover down the road that a TPA with less ESOP experience missed important opportunities.

On closer examination, many ESOP companies choose to separate administration of their 401(k) plan and their ESOP. Ultimately, the ESOP TPA you trust, if you separate these services, should have extensive experience collaborating and communicating with 401(k) TPAs. In fact, they should be more than happy to document, communicate, and cooperate. And that should leave you feeling confident in your decision.

Learn more about the choice between bundled and separate TPA services by downloading our free guide. Click below to get your copy today.