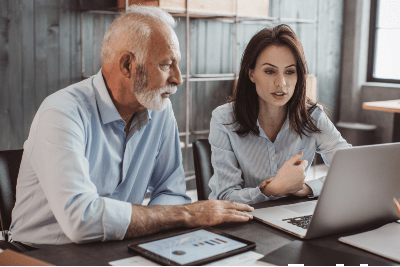 Section 401(a)(28)(C) requires that “all valuations of employer securities which are not readily tradable on an established securities market with respect to activities carried out by the plan are by an independent appraiser.”

This means that to ensure that the ESOP and ESOP-sponsoring company continue to qualify for an ESOP’s substantial tax benefits, your ESOP appraiser needs to demonstrate and declare his or her independence.

What factors qualify an independent appraiser?

Why is it so important for your valuation professional to be able to demonstrate independence?

In this article, we’ll dig into both of these questions.

An appraiser is defined as a professional who provides an impartial, independent opinion of business value. Business appraisers are called in for many purposes besides ESOP valuations, including company sales, tax or insurance purposes, litigation, restructuring, bankruptcy, and estate planning.

Internal Revenue Manual (IRM), Part 4, Valuation of Assets in Defined Contribution Plans, describes the rules for appraiser independence. It states that, according to 26 CFR 1.170A-13(c)(5), a qualified appraiser is required to declare his or her qualification on the appraisal summary, indicating that he or she:

The qualifications listed include “background, experience, education, and membership, if any, in professional appraisal associations.”

So, is that all it takes to establish appraiser independence? Not necessarily.

IRM Part 4 goes on to describe conditions under which an appraiser or appraisal management company is not independent. These can include when the appraiser is:

These organizations cite the importance of being able to demonstrate that one is a “qualified appraiser,” and position their credentials as evidence of expertise, backed by the organization’s uniform standards of professional behavior, ethics and guidance. This can help serve as evidence, should a valuation be called into question.

All this is not to say that a professional, experienced valuator without these specific credentials (or others) is not qualified to perform your valuation — but many professionals get a certification to prove their qualification and demonstrate their work meets standards of professional appraisal.

An ESOP appraiser is not an auditor. But it’s worth noting that the U.S. Government Accountability Office (GAO), in its guide, Government Auditing Standards, refers to several threats to independence. (Also called the Yellow Book, the 2018 revision received a technical update in April 2021.)

These are the categories of threats that the GAO warns auditors to look out for and apply safeguards against:

When financial or other interests have an inappropriate influence on an auditor’s judgment or actions.

The threat that an auditor or organization that provides other services won’t evaluate its own previous work appropriately if performing an audit.

The threat of one’s own “political, ideological, social, or other convictions” having influence on an auditor’s objectivity.

The threat that relationship ties between auditor and audited entity (or an individual within the organization) could lead the auditor to act in a way that’s not objective.

The threat of outside pressure or influences to have an impact on an auditor’s judgment.

The threat to objectivity that arises when an auditor performs management functions on behalf of the audited organization.

The threat that an audit organization’s placement within the entity being audited could influence the auditor’s ability to perform the work and properly report results.

The AICPA also points to the advocacy threat which can arise if an auditor is involved in promoting the client. This can create pressure that can compromise the auditor’s objectivity.

It’s worth repeating that a business valuation professional isn’t an auditor, and the GAO holds no specific authority over independent business appraisers used in ESOP valuations.

But the ethical implications of these threats, the importance of professional standards, and the regulatory requirement that an appraiser be independent in order to be considered “qualified” are all crucial considerations to include in your selection process.

ESOP valuations, both at the time of the initial transaction and annually thereafter, are an integral part of your ESOP administration responsibilities. You can learn more about some of the most important roles, responsibilities, and relationships between primary ESOP stakeholders when you download our free eBook, Corporate Governance & Your ESOP: Roles and Responsibilities. Click the link below to download your free copy today.