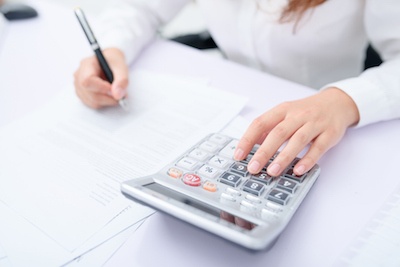 If you paid any ESOP or other qualified retirement plan distribution of $10 or more last year you will have to prepare and file some government forms: Form 1099-R, Distributions From Pensions, Annuities, Retirement or Profit-Sharing Plans, IRAs, Insurance Contracts, etc.

The 2016 Instructions for Forms 1099-R and 5498 provides guidance on how to prepare and file the 2016 forms.  Prior instructions can be found here.

Below is an excerpt from the IRS' instructions sheet explaining what's new on the 2016 form:

FATCA filing requirement check box. A new check box was added to Form 1099-R to identify an FFI or a U.S. payer filing this form to satisfy its chapter 4 reporting requirement.

New early distribution exceptions. Public Laws 114-26 and 114-113 added Federal law enforcement officers, Federal customs and border protection officers, Federal firefighters, air traffic controllers, nuclear materials couriers, members of the United States Capitol Police or Supreme Court Police, and diplomatic security special agents of the Department of State to the definition of qualified public safety employees under 72(t)(10(B)) eligible for an early distribution exception for distributions made after separation from service in or after the year the employee has reached age 50. These changes are effective for distributions made after December 31, 2015.

For more on Qualified Charitable Distributions (QCD), see our earlier post on this topic.

IRS Form 1099-R is the form to report Distributions from Pensions, Annuities, Retirement or Profit Sharing Plans, IRAs, Insurance Contracts, etc. and IRA Contribution Information.  Copies B, C, and 2 must be furnished by January 31, 2017 to anyone who received a plan distribution (of $10 or more).  Copy A must be filed with the IRS by February 28, 2017 or March 31, 2017 if filing the forms electronically.

IRS Publication 1220 - Specifications for Electronic Filing of Forms 1098, 1099, 3921, 3922, 5498, 8935, and W-2G provides the procedures for reporting electronically through the IRS Filing Information Returns Electronically (FIRE) System.  The IRS also encourages filers who have less than 250 information returns to file electronically.  Beginning with Tax Year 2013, the guidance provided in IRS Publication 1220 ceased to be issued as a Revenue Procedure.

IRS Form 1096 is the Annual Summary and Transmittal of U.S. Information Returns.  This form must be sent as a transmittal document whenever paper copies of the IRS Forms 1099-R are sent to the IRS.  IRS Form 1096 is not used when transmitting forms electronically.  Because the paper forms are scanned during processing, you cannot file with the forms printed from the IRS website.

IRS Form 945 is the Annual Return of Withheld Federal Income Tax.  The purpose of the form is to report federal withholding from non-payroll payments, including distributions from qualified retirement plans.  The deadline is January 31, 2017.  However, if you made deposits on time in full payment of the taxes for the year, you may file the return by February 10, 2017.

As you are preparing the IRS Form 1099-R, you may be processing some forms for participants that received lump sum distributions that may qualify for net unrealized appreciation (NUA) treatment.  Assuming a distribution qualifies for NUA treatment, the amounts would generally be recorded as follows:

For other information and developments related to Forms 1099-R, go to the following:

To keep track of what ESOP forms you need to file during the year, download our ESOP Admin Timeline Guide. Click the button below to request your free copy.