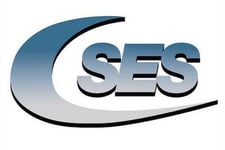 ESOP Partners, an Employee Stock Ownership Plan (ESOP) consulting and administration firm, has announced the successful completion of a sale of SES Environmental to its employees via an ESOP.

An ESOP is a qualified retirement plan that buys, holds, and sells company stock for the benefit of the employees, providing them with an ownership stake in the company.  Dave Nystuen, President of SES Environmental, finalized the sale in January 2016.

“The core of our success has been the dedication and hard work of each and every employee. In recognition of their efforts, we wanted to reward them with ownership of the company,” said Nystuen.  “With the expert guidance of ESOP Partners every step of the way, the transition was seamless and we know the company will continue to be successful for years to come.”

“Selling SES Environmental to an ESOP met Dave’s objectives for being able to transition the company in a way that would recognize and reward the company’s employees while setting up the company for long-term success” said Aaron Juckett, President of ESOP Partners.  "In addition, selling 100% to an ESOP is a highly cash- and tax-efficient solution."

ESOP Partners will continue to work with SES Environmental as the company’s ESOP consultant and third-party administrator.

Founded in 1988, SES is a full service environmental, health and safety compliance firm that provides a diverse range of services across industrial, legal, financial, government, and real estate market sectors.  The company has completed projects in 35 states and Puerto Rico, as well as projects in Canada, Mexico, Brazil, Hungary, and Austria.  Headquartered in Fort Wayne, Indiana, SES has regional offices in Indianapolis, Indiana, Grand Rapids and Lansing, Michigan, Louisville, Kentucky, and Reno, Nevada.

Employee Stock Ownership Plans (ESOPs) are qualified retirement plans that buy, hold, and sell company stock for the benefit of the employees, providing an ownership stake in the company.  ESOPs are the only retirement plan allowed to borrow money to purchase stock and are generally funded only by the company.  Selling part or all of a business to an ESOP enables a business owner to sell to a built-in buyer in as little as 60-90 days at full fair market value. There are many significant tax and cash flow benefits of selling to an ESOP.  An ESOP also allows for a better-managed ownership transition, preservation of local jobs, and the maintenance of a company’s legacy in the community.  According to the National Center for Employee Ownership (NCEO) there are approximately 7,000 ESOPs in place in the U.S., covering 13.5 million employees.