Posted by Melanie Matulonis on Thu, Apr 15, 2021
Find me on:
LinkedIn Twitter 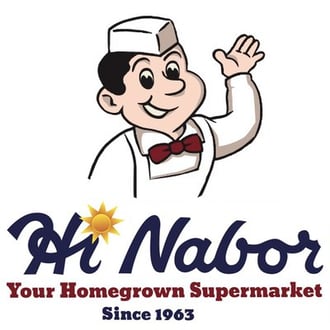 Hi Nabor Supermarket, a family-owned supermarket chain founded in 1963, has announced the successful transfer of 100% ownership of the company to its employees via an Employee Stock Ownership Plan (ESOP).

Hi Nabor CEO Jim Crifasi says the company’s leadership team has been engaged in succession planning for the past several years and initially thought the idea of an ESOP was “crazy.” However, the more they learned about an ESOP, the more sense it made for the company’s future.

“It keeps our management team together and gives all my brothers and sisters an exit strategy without putting a strain on Hi Nabor,” Crifasi says. “The ones who want to continue working here in their same position will be able to. It’s also a great deal for our employees and will continue the legacy my father set up in 1963.”

An ESOP — a qualified retirement plan that buys, holds and sells company stock for the benefit of the employees, providing them with an ownership stake in the company — provided the ability to slowly transition leadership of the company over time, and reward the team who helped the company be successful.

“We hope this will be a game-changer for us,” Crifasi says.

Sam Crifasi founded Hi Nabor in 1963 with his brother, Francis. The grocery chain has three locations in Baton Rouge and is known for offering fresh quality meat, specialty bakery items, homegrown produce and Louisiana seafood. With nine children of his own, Crifasi’s experience of feeding a large family shaped his business philosophy of offering grocery items at an affordable price. To this day, Hi Nabor is still driven by those same family values, strong work ethic, and a commitment to providing customer value.

ESOP Partners, who assisted with the transaction, is an ESOP service provider that changes lives by creating wealth and sustainable employment through employee ownership and works with business owners and companies to determine if an ESOP is a good fit for their situation. ESOP Partners establishes, maintains, and sustains employee stock ownership plans (ESOPs) throughout the lifecycle to maximize the benefits of being an ESOP company and provide employees with an ownership stake in the company that they work for.

Read more about their employee ownership journey in the Baton Rouge Business Report and The Advocate.