REQUEST FREE CONSULTATION
In the News 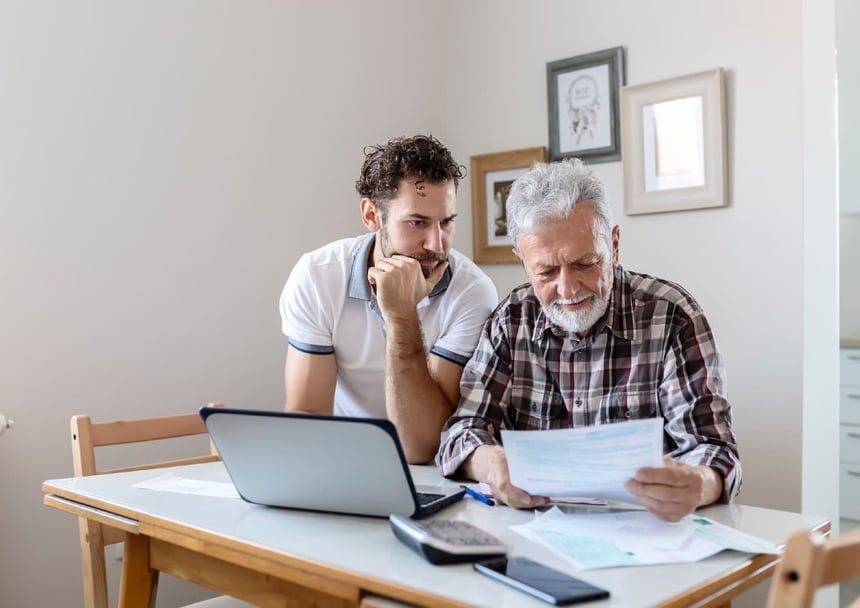 What is the Secure Act just passed by Congress in August, and how could it impact ESOP companies, employees, and selling business owners?

The Setting Every Community Up for Retirement Enhancement Act, also known as the SECURE Act, was passed in December 2019 and signed into law by then-President Trump. The law included many provisions intended to increase lower- and middle-income Americans’ access to tax-advantaged retirement savings — among other changes that affected required minimum distributions, education savings plans, annuities as part of employer-sponsored retirement plans, and more.

So, what is the Secure Act 2.0? In short, it’s a follow-up to the first SECURE Act. Secure Act 2.0 stalled in 2021 after near-unanimous House passage, as emphasis turned toward infrastructure and social spending with an eye toward climate, which resulted in the Inflation Reduction Act that was signed into law in August 2022.

Secure 2.0 would also allow employers to match employees’ student loan payments with retirement plan contributions. Other changes may support increased use of annuities for retirement savings by individuals.

In addition to all these changes, provisions in Secure 2.0 may also encourage business owners to consider selling to an ESOP by extending the option of Internal Revenue Code Section 1042 election to S corporations.

While we don’t know which Secure 2.0 Act provisions will remain if a bill passes the Senate, here’s what ESOPs and business owners considering an ESOP should know about what’s in proposed legislation.

Beginning after December 31, 2023, the bill would require auto-enrollment — with employee opt-out permitted — in 401(k) and 403(b) plans when participants become eligible. Employee contributions would be set between 3% and 10% of income, and would auto-escalate annually by 1%. While 401(k) and similar plans are typically separate from ESOPs, it’s important to remember that ESOP companies actually offer these plans at higher rates than non-ESOP companies — so proposed changes matter to the ESOP community.

Notably, the new law would offer a grace period and waive employer penalties for errors in auto-enrollment and auto-escalation if corrected within a maximum timeframe. Other proposed effects on these plans include increases to catch-up contributions for older workers, and restrictions on recovery of plan overpayments made due to plan fiduciary error.

A tax credit for low- to moderate-income workers contributing to a 401(k) or similar plan is also aimed at increasing participation — thus increasing Americans’ retirement savings.

While it can present its own complexity, electing a Section 1042 rollover can enable some business owners to defer (and sometimes eliminate altogether) capital gains taxes on the sale proceeds, provided specific conditions are met.

Under IRC section 1042, the seller of stock in a closely held C corporation to an ESOP may elect to defer the recognition of gain from the sale of that stock to the ESOP if the seller reinvests the sales proceeds into qualified replacement property (QRP). A QRP is defined as stock or other securities issued by a U.S. operating corporation.

A few of the most important considerations for Section 1042 election include:

Could an ESOP Enhance Both Business Owners’ and Employees’ Retirement Well-Being?

While Secure 2.0 focuses primarily on 401(k) and similar plans, it’s worth noting that studies consistently demonstrate the value of ESOPs in helping employees increase their overall retirement savings. In 2019, the average S corporation ESOP account balance was over $100,000 and S corp ESOPs provided 24% larger distributions per participant than 401(k) plans.1

Given that the average 401(k) account balance was $81,201 at the end of 2019 — and only 47% of private industry workers participated in direct contribution plans in 2021,2 ESOPs play a potentially significant role in increasing employee retirement security. And they offer this benefit while also enabling owners of closely held businesses to access and diversify the wealth they’ve built in their business.

Until it’s passed and signed into law, federal legislation remains a moving target. But extending the Section 1042 option to S corp ESOPs could have the potential of expanding ESOPs’ benefits to more businesses — and more workers’ retirement well-being.

Learn more about the many advantages you, your business, and your employees stand to gain when you incorporate an ESOP into your business exit strategy. Just click below to download our free eBook.