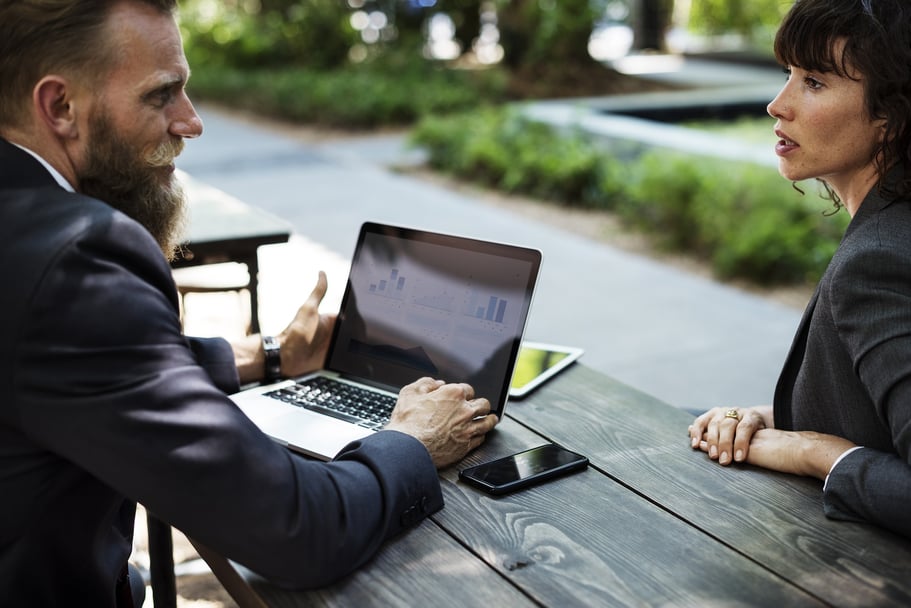 Whether externally driven—as when businesses pivoted during the pandemic—or internally driven due to growth or other factors, change must be managed.

And the single greatest contributor to the success of a change initiative is an actively engaged executive sponsor.

What is an executive sponsor? He or she is a key, high-level leadership team member who takes accountability for a major project or change initiative. Executive sponsors take responsibility for determining the objectives (and success metrics), and their involvement is often vital to a successful outcome.

The executive sponsor role should go to a proven, respected leader who has employees’ trust. A sponsor should be willing to leverage that trust on behalf of change initiatives intended to align the organization with its leaders’ vision and strategy.

Executive sponsorship isn’t merely a matter of signing off on a project on behalf of the executive team.

Executives, after all, ensure the execution of the vision.

To champion meaningful change for the good of the company, an executive sponsor needs to demonstrate these key traits and know when to apply them throughout the process:

Above all, a successful enterprise-wide change initiative absolutely must align with the vision for the organization’s future state. Articulating and maintaining that vision — and ensuring it’s a shared driver of the day-to-day work, as well as major initiatives — is a core responsibility.

To successfully influence others, an executive sponsor should have established authority in areas where the initiative or project has a significant impact. This enables them to lend insights, experience, and expertise to the effort.

3. Commitment to the Initiative

It should go without saying that a champion for change should be committed to the change, but to be clear: employees can see through an act. Any executive leader who’s lukewarm on an initiative owes it to the organization to learn more about it. Meaningful support requires a commitment.

The ability to get others to get behind a change can go a long way in situations where risk-averse, change-averse individuals can block or stall progress. In extreme cases, this can mean integrating change initiative behavioral expectations into reviews and other management tools when there are pockets of resistance.

A leader who understands the art of compromise can tap into others’ desire to reciprocate when helping to take new ways of working to the wider enterprise.

Confrontation can be a particularly difficult task in change management — especially when it requires calling out behaviors and communicating expectations. Executive sponsorship empowers change agents, but they’re most empowered when they know their sponsor stands behind them in confrontational situations.

From articulating the overall vision to helping establish the tone of training content, a sponsor’s active engagement has the potential to make every aspect of a managed change a more positive experience.

Initiatives and projects don’t happen without resources — that means budgets, workers’ time and talent, outside consultants or service providers, and more. An effective sponsor pays attention to the change initiatives resource needs and ensures they’re met.

When an initiative requires an entire organization to navigate significant changes, that often involves a change in culture, and that takes time. Sponsors need to be prepared to commit for an extended period, if need be.

It’s not enough for a C-suite sponsor to have the trust and confidence of the rest of the leadership team, though that’s certainly needed. There needs to be sufficient trust — for their judgment and motives — among all employees for a change initiative to truly take root.

Executive Sponsorship Can Make or Break the Change Process

When a C-level leader commits to sponsor a change initiative, he or she establishes exactly where the buck stops. That final, top-level accountability flows down through the organizational management until it reaches each individual employee. Essentially, the executive sponsor acts as a cultural proxy for the organization, until everyone has a chance to catch up.

In our experience consulting and advising companies on their transitions to employee stock ownership plans, we’ve seen the cultural changes that happen when accountability and ownership are shared. In fact, we’ve seen business growth and transformations in the wake of an ownership transition to an ESOP company.

An ESOP company’s board of directors has a fiduciary duty to think strategically about the company’s long-term vision and objectives. In fact, many companies function without a board in place until the time for an ownership change arises. Download the free tip sheet to get a clear understanding of the accountabilities of the board in an employee-owned company. Just click below for your copy.