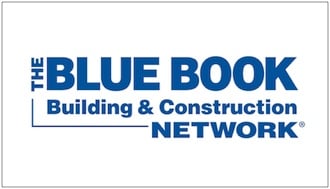 Previously a family-owned business, CEO Jim O'Malley initiated the 100% sale to the ESOP in November with the help of ESOP Partners and the firm's ESOP Succession Advantage™ Ownership Transition Process to streamline the transaction while maximizing the cash and tax benefits.

Founded in 1913, The Blue Book Network will celebrate its 100th anniversary. To top off the anniversary celebration, a company-wide meeting was held on Monday, December 10 to announce to all 500 employees that they are now owners of the company. In his presentation to employees, President Richard Johnson communicated Jim O’Malley’s wishes that the company be sold to the employees to insure that the company would live on with the people who helped build the company, and most importantly, share his passion for the company’s long-term success.

The Blue Book Network publishes targeted company, contractor and project information for the construction industry through its search engine thebluebook.com and 28 regional directories published from its headquarters in Jefferson Valley, NY. O'Malley will remain with The Blue Book Network as Chairman.

Johnson told employees on Monday, “This is a very exciting and awesome moment for all of us. You now own the company. The ESOP gives you control of your own destiny, and will require only the investment of a little hard work on your part. And with our unbeatable team, the ESOP will help drive us into the future!”

ESOP Partners will continue to work with the company both as an ESOP consultant and ESOP third party administrator (TPA).

“The future of the company and its employees was number one in Jim’s decision to use the ESOP as a way to transition his business. It provides him just the right vehicle to reward his employees for their service to the company, and insure that the company lives on, long after he is gone. And the fact that a 100 percent sale to an ESOP is the most cash efficient and tax efficient solution was just a bonus.” Aaron Juckett, president of ESOP Partners said.

About The Blue Book Network

For 100 years, The Blue Book Building & Construction Network has published information on the construction industry that helps companies and contractors share information about people, products and projects. The company maintains a nationwide industry search engine and publishes 28 regional directories annually. In addition, the Network provides a complete suite of marketing, workflow and education resources for the industry.

© 2021 ESOP Partners - All rights reserved. Reproduction without permission is prohibited.