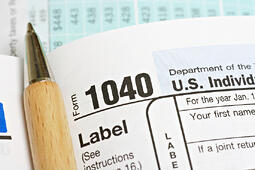 If you paid any ESOP or other qualified retirement plan distribution of $10 or more last year you will have to prepare and file some information returns: Form 1099-R, Distributions From Pensions, Annuities, Retirement or Profit-Sharing Plans, IRAs, Insurance Contracts, etc.

The 2014 Instructions for Forms 1099-R and 5498 provides guidance on how to prepare and file the 2014 forms.  Prior instructions can be found here.

The IRS requires any company or trust with 250 or more information returns for any calendar year to file the returns electronically and encourages filers who have less than 250 information returns to do so.  IRS Publication 1220 - Specifications for Electronic Filing of Forms 1098, 1099, 3921, 3922, 5498, 8935, and W-2G provides the procedures for reporting electronically through the IRS Filing Information Returns Electronically (FIRE) System.  Beginning in January 2015, approval letters will not be issued for a 30-day extension request.

Beginning with Tax Year 2013, the guidance provided in IRS Publication 1220 ceased to be issued separately in a Revenue Procedure.

FATCA filing requirements of certain foreign financial institutions (FFIs).  Beginning in 2014, an FFI with a chapter 4 requirement to report a cash value insurance contract or annuity contract that is a U.S. account held by a specified U.S. person with the FFI may satisfy this requirement by electing to report the account in a manner similar to that required under section 6047(d).  Form 1099-R is to be used for such reporting. See Regulations section 1.1471-4(d)(5)(i)(B) for this election.  Also see Regulations section 1.1471-4(d)(2)(iii)(A) for how a U.S. payor may satisfy its chapter 4 reporting requirements by reporting on Form(s) 1099.

Box 15a. FMV of certain specified assets.  Use box 15a to report the fair market value (FMV) of investments in the IRA that are specified by category code(s) in box 15b.

Box 15b. Code(s).  Use codes A through H for reporting the types(s) of investments held in an IRA for which the FMV is required to be reported in box 15a.

IRS Form 1096 must be sent as a transmittal document whenever paper copies of the IRS Forms 1099-R are sent to the IRS.  Because the paper forms are scanned during processing, you cannot file with the forms printed from the IRS website.

IRS Form 945 is used to report federal withholding from non-payroll payments, including distributions from qualified retirement plans.  The deadline is February 2, 2015.  However, if you made deposits on time in full payment of the taxes for the year, you may file the return by February 10, 2015.

As you are preparing the Form 1099-R, you may be processing some forms for participants that received lump sum distributions that may qualify for net unrealized appreciation (NUA) treatment.  Assuming a distribution qualifies for NUA treatment, the amounts would generally be recorded as follows:

Box 1 – Gross distribution – This amount will be equal to the fair market value of the shares plus and cash distributed.

Box 2a – Taxable amount – This amount will be equal to the lesser of the cost basis and the fair market value of the shares distributed plus any cash distributed.

Box 6 – Net unrealized appreciation in employer's securities – This amount will be the difference between box 1 and box 2a.