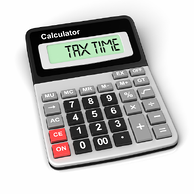 If you paid any ESOP or other qualified retirement plan distribution of $10 or more last year you will have to prepare and file some government forms:  Form 1099-R, Distributions From Pensions, Annuities, Retirement or Profit-Sharing Plans, IRAs, Insurance Contracts, etc.

IRS Revenue Procedure 2012-33 provided specifications for filing electronically for the 2012 tax year.  Beginning with Tax Year 2013, the guidance provided in IRS Publication 1220 will cease to be issued as a Revenue Procedure.

This form must be sent as a transmittal document whenever paper copies of the IRS Forms 1099-R are sent to the IRS. Because the paper forms are scanned during processing, you cannot file with the forms printed from the IRS website.

This form is used to report federal withholding from non-payroll payments, including distributions from qualified retirement plans. The deadline is January 31, 2014. However, if you made deposits on time in full payment of the taxes for the year, you may file the return by February 10, 2014.

As you are preparing the Form 1099-R, Distributions From Pensions, Annuities, Retirement or Profit-Sharing Plans, IRAs, Insurance Contracts, etc., you may be processing some forms for participants that received lump sum distributions that may qualify for net unrealized appreciation (NUA) treatment. Assuming a distribution qualifies for NUA treatment, the amounts would generally be recorded as follows: